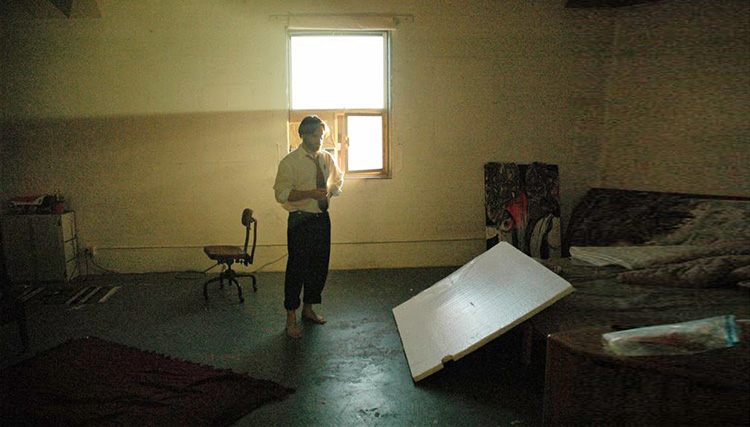 "It Takes a Lot to be Yourself"

No matter what, I believe an aritst should not get pinned-down in doing the same type of art day-in and day-out. How an artist conveys the world may shift without a moments notice. To respond, an artist must not be burdened by outside influences. They only need to do that simple thing set out to be done. Sadly, this goes against the attitudes of most galleries, the buying public at large and what art today is considered acceptable. An artist is expected to be consistent in style and product if he or she is going to be marketable on a commercial level.

These pieces are examples of how I deal with shifts in my attitude. At times, some of the works may seem they're created the same day and by the same person. While other times it may seem they're created by another artist entirely. This approach to art-making takes a lot of unwavering of my being. If I wake up one morning and I want to draw a whale, then I draw a whale. I don't worry about being accepted. As a result, the art is stronger in meaning, more clear in purpose, more honest in results and provides ample allowance for my true being. I can just be myself.

“Finding my voice as an artist is a lifelong task. I feel most of the time all I can do is bite-off crumbs here and there. While my main focus is on developing ideas behind my art, I also want my art to have a humanitarian-type quality. That's why I have chosen to return to Tucson. I feel Tucson can help me develop this language as an artist so that I may better understand, communicate and cope with the outside world–or in some instances, with myself."

Titus Castanza was born in 1975 in Saddlebrooke, NJ. He found his calling as an artist in his early 20's despite having had been raised in a household where both parents were artists. He attended Ringling School of Art and Design (Sarasota, FL) and earned his BFA in Illustration in 2001. Titus was hired immediately by the Franklin Mint (Philadelphia, PA) where he would spend the next several years working as an illustrator for the product design world. His clients spanned across North America and the type of projects ranged from Civil War portraits of presidents and famous NASCAR drivers (such as Dale Earnhardt), to fantasy dragons and landscapes. Having had worked several years as a successful illustrator on the east coast and still not having had found his true calling as an artist, he decided to give-up his commercial career and return to Tucson to pursue his personal art.

Today, he lives and works as an artist in Tucson where he is known locally for his technically proficient and expressive style. His work is described as being able to infuse his subjects with a kind of humanitarian-like quality and creating a sense of beauty seen only through his eyes. His traditional education combined with his experience as an American illustrator churns-out an expressive type of realism that harkens the past and brings to the modern art world a fresh perspective all his own.

So “art” itself may disappear: art as Art, that old high thing. Which—unless, like me, you think we need a vessel for our inner life—is nothing much to mourn.